Transport in London is expensive. The fare depends on the length of the journey; you can not buy or book kets in advance. Children under sixteen pay half, and those under five travel free.

You usually buy bus kets from the conductor, but some buses you pay the driver. Most London buses are double-deckers. On the underground railway (or tube) you buy your ket from the machine or ket office, and give it up at the end of the journey. Not all trains from one platform go to the same place, so watch the signs. The last train leaves at 1.15 p.m.

2. Children under five don’t have to…………………when they use public transport.

A. machine B. driver C.conductor

4. On the underground railway (or tube) you buy your ket……….the machine or ket office.

A. station B. platform C. railway

35. Rearrange the words in a correct order to make a complete sentence .

quickly./ wonderful/ I/ things/ it/ find/ that/ children /learn

36. Rearrange the words in a correct order to make a complete sentence

Class/ had/ the /students/ their/ sports/ Have/ today? /canceled

37. Make a complete sentence using the given words.

38. Complete the second sentence so that it has the same meaning to the first.

It will be very cold tomorrow.

39. Finish the second sentence in such a way that it means the same as the sentence before.

New computers have been installed at the college.

Complete the second sentence so that it means the same as the first one.

2.   It’s not good for children to spend too much time watching television.

3.   Jim loves animals, so he likes to watch Animal programme.

4.   My sister likes to watch cartoons.

5.   How much time do you spend watching television?

6.   How about going to the cinema tonight?

7.   The film is not as interesting as that film.

8.   Although he seemed a friendly person, I didn’t like him.

Complete the second sentence so that it means the same as the first one.

=> What is your favorite programme?

2.   It’s not good for children to spend too much time watching television.

=> Children should not spend too much time watching television

3.   Jim loves animals, so he s to watch Animal programme.

=> Jim s to watch Animal programme because he loves animal

=> My sister is fond of watching cartoons

5.   How much time do you spend watching television?

=> How many hours do you spend watching televison?

6.   How about going to the cinema tonight?

=> Shall we go to the cinema tonight?

7.   The film is not as interesting as that film.

=> The novel was much more interesting than the film

8.   Although he seemed a friendly person, I didn’t him.

=> He seemed a friendly person but i didn't him

make question for under words

I  listen to music in my free timeThere is a lot of milk Đọc tiếp...
1

What do you do in your free time?

Hơ much milk is there?

In this section you must choose the word or phrase which best completes each sentence. Circle the letter A, B, C or D...

1 She takes a bath every morning

2 Now she dances more beautifully than she used to

3 How long does it take him to get to school every day ?

Exercise 1: Complete the dialogue using question words.A: 1.what hotel do you prefer, Linda?B: Well, I think I the Palazoo Hotel most.A: 2. where is it located?B: It’s near the beach and has a lovely sea view.A: 3. how much do they charge for a double room?B: They charge $90 per night.A: 4. what facilities do the rooms have?B: They have a phone, a TV, Internet access and air conditioning.A: 5.when do you think is the best time of the year to go there, then?B: I was thinking of next July, during our summer holidays.A: So, 6.when are you calling them to make our reservation?B: First thing in the morning!Exercise 2: Fill in the questions with who, what or which and then circle the correctanswers.1. who helps Ben with his homework?a. His sister helps Ben with his homework.b. Ben helps his sister with her homework.2. _who_ artist do you ?a. I Picasso. b. Picasso s me.3. who are you talking on the phone?a. Ann is talking on the phone to her. b. I’m talking on the phone to Ann.4. where is the boss shouting at?a. Frank is shouting at the boss. b. The boss is shouting at Frank.5. _what university accepted Bob?a. Lancaster University accepted Bob. b. Bob accepted Lancaster University.6. _who is your favorite teacher?a. I’m Mr. Parker’s favorite teacher. b. Mr. Parker is my favorite teacher.

When school superintendent Russell Dever enters the local coffee shop at around 7:20 A.M., it is crowded withstudents. “The line is out the door because our high school kids are getting coffee,” he said. And they are not standing in linefor the decaf – they need the caffeine to stay awake in class. Talk to American high school students and you hear thecomplaints about how late they stay up, how little they sleep – and how early they must be in class.These days, there is increasing concern in schools across the United States about students who are not completelyawake in morning classes. School officials in some states have even changed start times so teenagers can sleep later.According to sleep expert Mary Carskadon, the fact that many teenagers work long hours outside of the school and havecomputers and televisions in their bedrooms contributes to a serious lack of sleep. But, she said, the problem is also due tobiology. As the bodies of teenagers develop, their brains also change. These changes make teens more likely than adults tohave trouble sleeping at night.Teenagers need at least eight to nine hours of sleep a night, but the average teen gets a lot less. Carskadon’sstudy, completed in the fall of 2001 with researcher Amy Wolfson, showed that nearly 30 percent of students in the tenth

more remarkable are the results of a 1997-1998 school year study. In that study, 12 out of 24 U.S. high school students whowere part of an experiment at a sleep laboratory had brain wave patterns similar to those of someone with narcolepsy, aserious condition that affects sleep. “What’s going in on is that at 8:30 in the morning these kids ... would normally be inschool sitting in a classroom, but ... their brain is still in the middle of the night,” said Carskadon.Parent Dawn Dow says her son just cannot go to bed before 10 P.M. “Last year he was trying to put himself to bedat 8:30 and was coming in 9:30 and 10 in tears saying, ‘I just can’t go to sleep.’ It is not a case of children wanting to be uplate ... It is a change in his chemistry.”So would letting teenagers wake up later make a difference? Kyla Wahlstrom of the University of Minnesota in theUnited States studies the effects of changing school starts time. She has looked at students in Edina and Minneapolis, twocities in Minnesota, where public school officials have moved high school starting times past 8:30 A.M. In Minneapolis, themiddle school begins at 9:30 A.M. She said the later starting times have reduced students absences. They have also lowereddropout rates by 8 percent over four years. In addition, she said, teachers report that students are not sleeping at their desks

during the first two hours of class anymore. She said 92 percent of parents from Edina reported that their teenagers areeasier to live with. The students reported that they were feeling less depressed and were getting better grades.Big changes in school start times may not be possible in some areas. However, Wahlstrom said her researchshows that even small changes can contribute to a solution to this serious problem.Questions 1 to 6: Decide if the following statements are true, false, or not given according to the informationin the reading passage. Write T (true), F (false), or NG (not given) in the provided space.Question 1 Most teenagers sleep more than they should.Question 2 There are scientific reasons that explain why teenagers have difficulty sleeping at night.Question 3 The brains of teenagers are the same as the brains of adults.Question 4 Teenagers can do their best schoolwork in the early morning.Question 5 Some schools start their classes later so that teenage students can get more sleep in the morning.Question 6 Many parents do not want high school officials to change school start times.

=> Karen is interested in/ keen on/ fond of playing table tennis

He plays badminton with his friend

It is two kilometers from my house to the market

He plays badminton with his friend

It is two kilometers from my house to the market 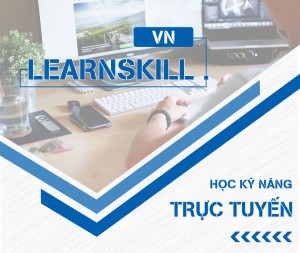